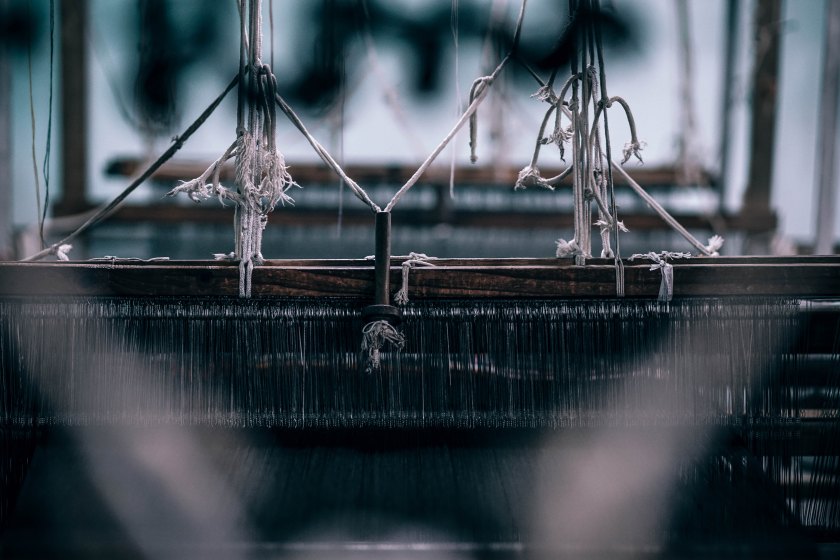 The following is Part III of a three-part story. Click above for Part I and Part II.

Jim’s career has been a wild ride. I mentioned before that he started with a bank fresh out of college. After four years he went to work for his dad, although that situation ended badly after he got fired by his dad’s new wife. After a short stint of unemployment, he landed a job at a sock company. Of all the jobs he’s had, his time at the sock company was his favorite.

But like with most good things, that time came to an end, and he found himself working with his dad again after their relationship had been somewhat mended. However, a little while later he had to leave again because the company was moving its operations abroad. He landed back at the sock company, but they ended up getting sold to Gildan, another clothing company. He hung around through the transition, but his last boss was unbearable and Jim had to get out. The acquisition had been hard on him, and his drinking had become more and more problematic.

Understanding that the newspaper and textile industries were declining rapidly, Jim knew a change was needed. He took a job with a local bowling ball manufacturing company, not realizing he moved from one dying US-based manufacturer to one with little to no growth opportunities. He managed all the “non-bowling ball” products for the company, and did a really great job with it. As a way of thanking him for his hard work, once Jim achieved all the goals set out for him, the company laid him off.

Needing a change of pace (and a steady income), Jim landed a job in Raleigh, North Carolina. It was a big position. Director of something rather. Jim knew he wasn’t quite qualified for it, and he told the company as much. But they wanted to give him a shot, so Jim ended up in Raleigh. Sure enough, Jim gave it everything he had, but in the end, the company needed someone with the qualifications that Jim didn’t yet have, and they couldn’t afford the time it would take to get him up to speed. He was let go, yet again.

Jim got a job working for Merrill Lynch shortly thereafter. The job had its perks – he got to wear his hand-tailored suits with his Hermès ties and gold cuff links. But it’s also the sort of job that is notoriously difficult. The company purposely sets astronomical sales goals so that only the really great salespeople make it through. Jim did well at Merrill Lynch, but not well enough to satisfy their standards. Stop me if you’ve heard this before, but once again, Jim was let go.

You might see a couple trends here. The middle of his career had been fairly successful – he was generally able to decide when and where he was going to move and he received decent raises at each stop. But the second part saw a slow decline in both pay and status. After being fired from the director position that brought him to Raleigh, Jim took a fairly substantial step down to work in sales at Merrill Lynch. But it was still a decent gig. When that didn’t work out, that’s when Jim hit bottom.

Keep in mind, I met Jim when he was working at Merrill Lynch, and I remember him asking the guys in F3 for prayers that his job situation would improve, because he just wasn’t getting the sorts of numbers he needed. I remember the look on his face when he had to ask for prayers. He was incredibly stressed out.

Sure enough, he lost his job and needed to get a new one fast, given the fact he had a wife and two kids at home. He worked a little for another guy in F3, but this is also when he started working for The Home Depot.

This brings us back to the opening of this story. Jim remembers seeing an old client coming into the store one day and his first instinct was to hide. How embarrassing that must have been for him. He couldn’t stand to have someone who saw him in his hand-tailored suits with his Hermès ties and his gold cuff links now seeing him donning that aggressively loud orange vest.

“Pride is like an onion,” Jim explains to me. “You have to peel back the layers to get to the core, then rebuild from there. You have to re-educate yourself with things like truth and compassion. But first you have to be humbled.”

I thought that quote was telling. Very often we hear about how humility is something to strive for. A good character trait, if you can stomach swallowing your pride. But isn’t it much more common that we are humbled by something that happens to us, rather than choosing humility in the first place?

After growing up with such a deep sense of superiority ingrained in him, only after working the paint desk at a home improvement store – trying to provide for his wife and daughters – did it finally come together for Jim. Money isn’t everything. And the amount of money you have can only differentiate you from every other human but so much.

“I feel like an infant, sometimes, in understanding how life works. But after that point, I don’t know, it just sort of clicked. I’m learning how to look at life through a new lens, without alcohol, without pride, without arrogance. And each new experience is something to build off of. Not all my past experiences are useless. I can learn a lot from the way I was.”

So what brought about this change? When did it finally click?

A little more than a year ago, Jim and I both agreed to share our testimonies with our F3 group one early Wednesday morning. Jim shared how he’s a recovering alcoholic, which shocked most of our group because a lot of us had no idea. But he talked about how the accountability and structure he found in our workout group was instrumental in helping him to get serious about his recovery (so serious that now, as a part of his diet, he drinks this weird ass homemade shake consisting of vegetables, berries, chia seeds, twigs, finger nails, fish oil, formaldehyde, and carpet – it’s the color and consistency of mucous).

Anyway, after sharing his testimony – bearing his soul to a group of men he really cares about – he felt a shift in his way of thinking. It felt good to put his story out there, but not because it made him feel better. Instead, it felt good because he knew his story might just help someone else. Jim has no shortage of drive and determination, and now he has refocused that energy toward helping and serving others.

That’s the Jim I know. He’s the first to volunteer when one of our friends needs a hand. When someone is struggling at one of our workouts, he’s in the back of the pack making sure they have someone fighting through it with them. The night I interviewed him for this story, he’d just had a long conversation with a man about another guy he knew who was recovering from addiction and needed a steady job to help him get back on his feet. He shared his own story with the man, hoping it might soften his heart toward the recovering addict. As it turned out, the man had had his own struggles once upon a time and could relate.

By opening up, Jim found humility. And in that humility, he found freedom. Of course, he still has pockets of pride and arrogance that he wants to root out, but he’ll get there eventually. Because now he recognizes how much more valuable relationships are than resources, and being selfish only made him miserable.

As our interview started to wind down, Jim told me about a family reunion he went to years ago. Someone pulled out a large scrapbook with all sorts of pictures, articles, and memorabilia about his grandfather’s accomplishments. On one hand, it was awesome to see what his grandfather had worked so hard to build. He was successful. He accomplished his goals. He certainly left a legacy.

But the thing that struck Jim more than anything else was how much his grandfather’s legacy was rooted in “things”. But here’s the thing – Jim’s grandfather sold his business to another company, and the terms of the deal were that he’d be paid in stock. Right before he was allowed to sell his stock, the other company tanked and he lost most of his fortune. “Things” are fleeting.

So what would you have your legacy be, I asked him. What do you want to be remembered for?

Like anyone else, he wants to be regarded positively. But he doesn’t care if people know him for his status or accomplishments any more. He wants people to remember him as being genuine, compassionate, forgiving, willing to lead and guide and direct when asked to, and to help when needed. Willing to share, and to give of his time. He wants to be able to understand others in such a way that he can help them tangibly without needing to be asked.

After so many years of being notoriously selfish, his new desire is to be known by how he lives his life to serve others. I said earlier that we like “rags to riches” stories because the subjects of those stories are the types who have persevered, hustled, and flat out refused to give up even in the face of failure. Well, even though the story arc for Jim has gone the opposite direction, he has those same qualities. Perseverance. Hustle. Refusing to give up. Now that Jim has these character traits aimed toward others rather than his own personal gains, he’s a force to be reckoned with. A force for good. ♦

Author’s note: I want to thank Jim for being willing to share his story with me. I certainly didn’t pull any punches in telling his story, but his humility throughout this process has been incredible. He wrote a note to me saying he appreciated hearing his story coming from someone else’s perspective, and while it hurt to hear it at times, it served as an opportunity to be reminded of where he was and what he wants to be going forward. Please join me in thanking Jim for his vulnerability and humility in sharing his story. Feel free to write a comment below. Thanks!

Part I: Started From The Top
Part II: Downfall