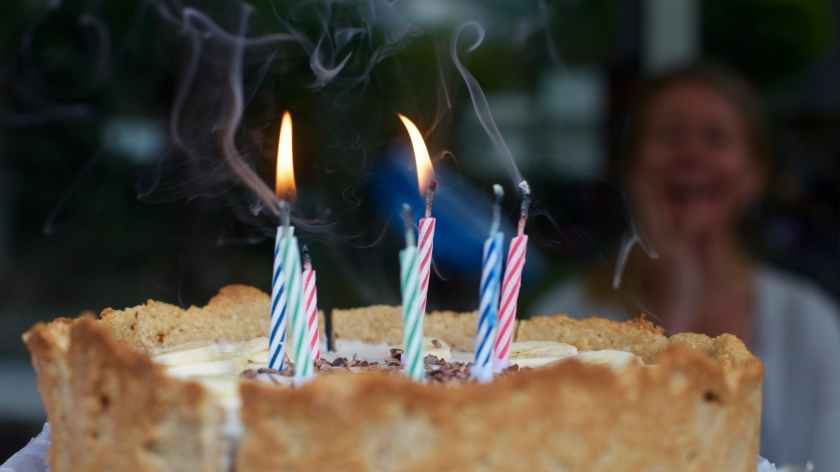 I turned 33 years old last Thursday. Such a round, beautiful number, the symmetry is oddly comforting to me. It was the number Larry Bird wore when he played in the NBA.  That’s a thing I do, by the way. I refer to my age based on my childhood sports heroes. I celebrated my “Reggie Miller” birthday when I turned 31. Last year was my “Edgerrin James” birthday. Get it? It’s a quirk. Anyway, I’m at an age where anticipating my birthday weeks in advance just isn’t a thing that happens anymore. Not with two kids and a job that keeps me crazy busy. My “Larry Bird” birthday sort of snuck up on me. From what I hear, it only gets worse with age.

Over the past week I’ve mulled over a few thoughts on being a young(ish) man that I felt like sharing. Most people who read this will not currently be 33 years old. That’s math, folks. For those of you older than me, allow yourself to enjoy the nostalgia of these thoughts. I’m sure you’ll be able to relate on some level. And feel free to shake your head in amusement as you think to yourself, “oh, if he only knew what I know.” Go ahead, enjoy that. Just don’t tell me about it. And for those of you younger than me…well, buckle up. Life comes at you fast.

People always ask if you feel any older on your birthday, which is silly because your last day of being 32 and your first day of 33 is only a 24-hour difference. Well, technically – *pushes glasses up to bridge of nose* – it’d only be one second of a difference, but you get my point. But I guess it’s a mental thing. Thirty-two is closer to 30, while 33 is closer to 35, which is closer to 40, which is probably the mid-point of one’s life, if everything goes well. It can get downright depressing if you think about it too long.

Despite that potential mental pitfall, I still feel relatively young, like I have the majority of my life ahead of me. I think early-to-mid 30’s is a pretty great age, actually. At 33 years old, I have just enough energy to stay up until 11:30PM to write, wake up at 2:30AM to potty train a three year old, then get up at 5:05AM to go work out – then do it all over again, day after day.

I’m old enough to have gained at least some amount of wisdom, which is to say, I’ve learned how to recognize what I don’t know. I would posit that’s a pretty significant slice of wisdom to have figured out. But I’ll also admit the shear volume of things I don’t know is way too significant for me to feel comfortable that I’ve got it all figured out. I’m a work in progress, and I’m starting to realize there’s no such thing as a finished product. Not in this life, anyway.

I don’t think it’s possible to overstate just how much time and energy kids require. Sometimes it takes everything I’ve got left in the tank at the end of a day to get through a bedtime routine, but even in that exhaustion, there’s an underlying glow of joy that permeates everything. I know at any second, my son or daughter could look at me and smile, and that’s all it would take to flip my mood. And I keep hearing it gets easier (at least the sleep deprivation part) as the kids get older. Sure, there will be other challenges, but at least we’ll be able to deal with them fully rested. Being 33 and raising young children is just about perfect. Any younger than 33 and I’d screw them up, any older and I’d be too tired.

Thirty-three is a good age for career stuff, too. I’ve been in the workforce for a decade now. I’ve been a part of well-run companies, and dumpster fires. I’ve had great bosses, and I’ve had mediocre bosses. I’ve only had one real bad boss, and frankly, I probably learned more from that boss than any of the others simply because now I know what not to do.

I’m in a stage of my career where I’ve developed enough skill to be considered an integral part of my company’s success, but I still have plenty of time to contribute in an even bigger way. I think I had some confidence issues as a new grad, having taken the first job I could get out of college because the economy was dead and no one was hiring in 2009. I had a bachelor’s degree, but I worked as a warehousing technician making $11 an hour. At that job, I was treated like an idiot simply because I was younger than everyone else by close to 20 years. I didn’t bother to correct anyone because I didn’t plan on staying there. Five years later, after having worked myself into a managerial position, I took off for greener pastures, but I know those first few years had a negative affect on my self-perceived value as an employee. Now, another five years since then, I think I’m finally starting to shed the last pieces of insecurity I had developed post-college. Good riddance.

Within the past five years, I’ve also rediscovered my passion for writing and want to develop that more into a career, albeit probably just a bit further down the road. That particular gig doesn’t pay anything yet. But it’s a great feeling to know confidently what you’ve been made to do.

Just like I’ve been in the workforce for almost a decade, I’ve also been married just shy of 10 years. I think 10 years is a significant amount of time, enough that others can be sure that you’ve dealt with something difficult and made it out alive. Something wild/awful/devastating/crazy is bound to happen in a marriage over a ten-year span. So if you’re still married after 10 years, one or both of you are going to have a scar or two, figuratively speaking. Again, 10 years is long enough to have gained some wisdom after living through a handful of truly trying times, but that also means you’ve had a decade to develop an intimate friendship full of laughter and great memories with your spouse. Fact is, marriage is freaking hard and you need that reserve of good times to get you through the lows. There’s a certain confidence that comes with having a decade of marriage under your belt. Makes the daunting times seem less severe, because hell, you’ve been through worse. And sure, it helps that I married an absolutely stellar woman.

Last thought on being 33. I would consider myself a pretty healthy 33 year-old. I work out four to five days each week. I run. I eat fairly well, fairly consistently. I get routine check ups and receive a clean bill of health each time. But I’m also a fairly large-boned individual. I’ve never been a petite person, so running and working out regularly inevitably leads to minor tweaks here and there. Little aches and pains. Never truly injured, but never 100%. It’s enough to make me wish for the early-20’s version of myself. But, I was a bit of a dipshit in my 20’s (just being honest), so I think I can deal with 33 year-old aches and pains. Again, from what I hear, it only gets worse with age.

In general, I think I’m enjoying my 30’s more than I enjoyed my 20’s. That’s not to say my 20’s were awful, it just means that I really appreciate where I am in life right now. I’m content. My hope is that each new decade brings an even more unimaginable level of contentment with it.

Maybe the only thing 23 year-old me has over 33 year-old me is that 23-year old me had a much better hair situation. There will be update on that in the coming months. Long story short…ugh. ♦