I had intended to write about snakes.

However, the guys started sending me their My Greatest Fear stories and my plan started to waver. If they’re going to going to write about things like impostor syndrome, questioning their faith, fear over losing a child, and dealing with terminal illness, can I get away with writing about snakes?

My Greatest Fear, as it turns out, is incredibly difficult to write about. But these guys were diving headlong into it.

The intended purpose of this website is this: Bring people together through great story-telling. But then, I got a little selfish. My goal is to be a published author someday, and I have a thing I’m working on to achieve that goal. A writer friend of mine, while imparting some wisdom on me a few months ago, mentioned that in order to attract publishers, having a rather large network/following can only help your chances of getting published (that is, if you want to go the traditional publishing route). Bigger following = more books sold. Less risk for publishers that way.

With that in mind, I came up with The Muggo Writing Contest as a way to get more eyeballs on this website. But that idea went out the window as soon as the first fear story posted. I learned then that this “contest” turned into something completely different. This topic about fear was making these men dig deep into their souls, flipping over emotional rocks and dealing with what lied underneath. This was no longer about a contest to gain readership. This was about learning to find strength through vulnerability. This was about bringing people together.

I am a little ashamed, to be completely honest. But I’m thankful that I can learn from this. I’m thankful that this contest opened my eyes to something outside my own personal gain. Instead, this contest turned itself into something to help others. Again, the stated purpose of themuggo.com is to bring people together through great story-telling. I think I finally understand what I meant by that.

So. Maybe I will talk about snakes after all.

As I thought about my greatest fear, I found myself flipping emotional rocks in my mind and finding gigantic, horrifying, disgusting snakes. But the emotional reptile that seemed most prominent was this one:

Starting this website was a real stretch for me. I talked about doing something like this for years. I’ve always enjoyed writing and realized that writing is the tool I am supposed to use to fulfill my purpose on this earth. But the idea of writing down the thoughts in my head and sharing them on the internet (I don’t know if you knew this, but the internet is pretty, pretty big) was sometimes enough to trigger my limbic system into a fight or flight reaction.  What will people think? Will people care about this as much as I do? Oh God, what if there are typos?!?

It sounds so silly, and frankly, it is. Basing my self-worth on what other people think is silly. But it’s been a battle I’ve been fighting since I was a young child. Lots of other people have been, too. This overwhelming fear of thinking I’m not enough has shaped my life in so many different ways. I’ve missed out on opportunities because I was afraid, to the point of complete inaction, to put myself out there. The thought process typically goes like this: there’s this really cool thing that I have an opportunity to do; I want to do it; I start thinking about it; what happens though if I make a fool out of myself?; that fear grows; WHEN I fail, people will label me a failure; I’m not enough.

It’s a pretty quick spiral. That fear is a python wrapping itself around my neck, telling me it won’t kill me if I promise not to try.

There’s a children’s book written by Max Lucado titled You Are Special. My son likes it simply because it’s a relatively long read compared to other kids’ books, and he’s wising up to the best ways to stall bedtime. Smart kid.

In this book, there are these ugly little wooden creatures called Wemmicks. These dolls judge each other and dole out gold stars or black dots to other Wemmicks based on their talents, likability, beauty, etc. All these dolls are made by a wood-carver named Eli. There’s some pretty obvious allegory to God and faith and humanity in this book.

Long story short, the ugliest little Wemmick named Punchinello learns that, despite being the ugliest Wemmick, and despite all the black dots he gets from everyone else, the only opinion that really matters is his creator’s. The black dots only stick if Punchy believes they matter.

Again, the allegory is thicc.

It’s a silly little book, but that simple truth is one that is so daggone hard to believe sometimes. I applaud (read: envy) the people who are able to be “themselves” no matter what the circumstances are or who they’re with. The desire to be “desirable” to others is dangerous. It causes me, and us, to change who we are meant to be in order to be a version of ourselves that the world sees as talented, likable, beautiful, etc. When in reality, we were made the way we are for very specific reasons and should lean into that rather than run from it. Again, the only opinion that matters is our Creator’s, right?

My greatest fear is that I’m not enough. Not now, not ever. That fear has permeated so many other aspects of my life. Things ranging from trivial – like being too afraid to join my high school football team until senior year – to much more serious, like struggling with anxiety for years, barely graduating college, or missing out on career opportunities because I couldn’t bare the mere thought of being told I wasn’t good enough for the job. I tend to lean toward self-destruction when I find myself getting overwhelmed by this fear.

The purpose of this site is to bring people together through great story-telling. Putting on a mask and acting like someone I’m not really meant to be is not a great story. It’s not possible to create meaningful relationships with others if I’m not being genuine. My true self. A close relationship doesn’t happen without vulnerability. Acting like I am “good enough” isn’t enough. But fulfilling my intended purpose – no matter my talent, likability, beauty, etc. – is enough. And that’s all that matters to my Creator.

At the end of You Are Special, Punchinello has a change of heart. He maybe, just a tiny little bit, starts to believe that the only opinion that matters is Eli’s. One single black dot falls off of him and lands softly on the ground.

I hope I can fully grasp that someday. ♦

Check out all of the amazing stories from the guys:

A Sheep In Wolf’s Clothing
“Will It Help?”
Just A Hearer
Am I Still That Man?
What If I’m Wrong?
When It Rains, It Pours
Greatest Fear
Fear(s) 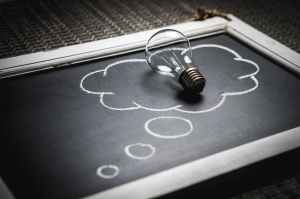